Autumn of the World

by The Resonant Rogues 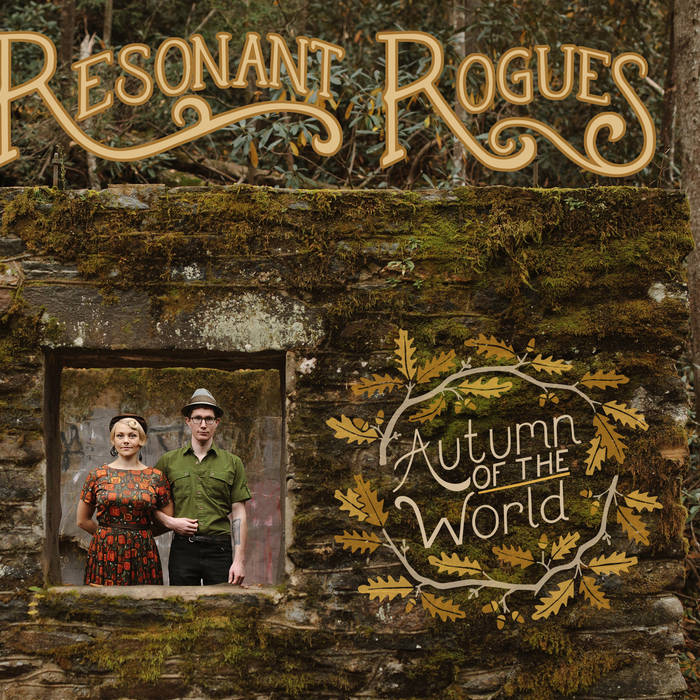 Autumn of the World is the third album crafted by the Resonant Rogues at Echo Mountain Recording Studio, tucked into the mountains of Western North Carolina. Keith J. Smith’s dynamic guitar and Sparrow’s intricate and evocative accordion and banjo melodies lay the foundation, while the pair’s songwriting and vocal harmonies give each song substance. Kristen Harris’ fiddle brings an authentic mountain feel to the Country/Appalachian inspired tunes, while Daisy Castro’s violin suits the Jazz Manouche and Balkan influence on “Tramp” and “Zeus Faber”. Eric Heveron-Smith (Postmodern Jukebox) holds the groove with thoughtful bass lines, while also contributing beautiful tenor harmonies and trombone. On drums is Mattick Frick, longtime friend and musical collaborator of the Rogues. Guest Asheville musicians include John James Tourville (The Deslondes) on pedal steel, Ben Hovey (Pitbull) on trumpet, Melissa Hyman (The Moon and You) on cello and vocal harmonies, and Cynthia McDermott on vocal harmonies.

On “Maker’s Song”, Sparrow confesses and celebrates her manic creative tendencies, leaving a whirlwind of messes and “things of use and beauty”. Written on a freight train, Smith’s song “Watching Those Wheels Roll” points to the parallel between Great Depression era hobos and current traveling musicians, while also highlighting the problem of wealth inequality. “Dueling with the Demons” is a swingin’, tongue-in-cheek tune about insomnia, and how the voices in our heads pop up at 4 AM to tell us everything that’s wrong with ourselves and the world. The pulsing rhythms of “Zeus Faber” bring us on a musical adventure through the Balkans, while the old-timey waltz “The House That Condos Stole” is a true story of a wild west village nearly purchased by a dear friend, but ultimately demolished by a development company.

Autumn of the World tells a story both honest and hopeful, of what it means to be an artist, or a human, in a world that so often challenges our creativity and passion. With moments of deep joy and connection, woven with the sighing of struggle, this collection of songs brings us into the present moment with skill, beauty and a true dedication to musical form. Aptly named, Autumn of the World inspires listeners toward gratitude in uncertain times.

The Resonant Rogues are the songwriting soul child of partners Sparrow and Keith J. Smith. With influences ranging from gypsy swing to early New Orleans jazz, and from Appalachian old-time to eastern European folk music, they take their favorite flavors and blend them into a delicious, danceable dish. ... more

Bandcamp Daily  your guide to the world of Bandcamp

Benji B talks about his new compilation ‘Deviation Classics’